On 27 April, MKB Bank received the international Euromoney Private Banking and Wealth Management Awards at a ceremony held in London. The member bank of Hungarian Bankholding hasranked in the top three in six categories.

MKB Bank has achieved outstanding results in the Euromoney survey, an international rating of private banking and wealth management services. The member bank of Hungarian Bankholding was awarded the first place for the best “Family governance / succession planning” category and was ranked third best private banking service provider in the overall Hungarian field. In addition, private banking services of MKB Bank came second in the "Next Generation" and “Philanthropic Advice” categories, and third in the “Investment Management” and “Data Management and Security” categories.

The Private Banking and Wealth Management Survey 2022 awards private banking service providers by region and service area. The survey, which polled more than 2,000 leading private bankers, investment managers and relationship managers around the world, also serves as an informative guide for high net-worth individuals on the range of professional wealth management service providers that are available.

The Private Banking and Wealth Management Awards were presented by Euromoney at a gala ceremony in London on 27 April. On behalf of MKB Bank, the awards were accepted by Levente Szabó, Deputy CEO for Individual Services of Hungarian Bankholding and MKB Bank, and Gyula Pleschinger, Head of MKB Private Banking.

„The Euromoney awards are one of the most prestigious awards in the private banking and wealth management sector. The results we have recently achieved are a positive feedback that we are on the right track: our goal is to continue to provide the highest level of service to our clients, keeping our core values in mind.” 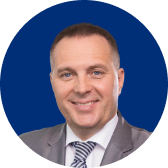 MKB Bank launched its Private Banking business in 2003. The Hungarian Bankholding Group has a very strong position in the private banking segment: it manages the assets of about 6,000 clients in excess of HUF 1,000 billion. According to the plans, simple, fast, digitized client-friendly solutions will play a key role in the group's private banking activities in the future.

In March 2021, the Board of Directors and the Supervisory Board of the Hungarian Bankholding approved the five-year strategy for the merger of the member banks, based on which the fusion of the three credit institutions is planned to be concluded in 2023. On 15 December 2021, the General Meeting of MKB Bank and the highest authorities of Hungarian Takarék Bankholding Ltd. – which owns Takarék Group – approved the merger schedule regarding the fusion of Budapest Bank, MKB Bank and Hungarian Takarék Bankholding. Upon receiving the relevant approval and decision of the MNB, MKB Bank will take over the group management functions of the Hungarian Bankholding Group as of 29 April 2022, and Hungarian Bankholding will cease to be a financial holding company thereafter. The legal merger of Budapest Bank and MKB Bank was concluded on 31 March 2022, and the merged credit institution will temporarily continue to operate under the name MKB Bank Nyrt.

The aim of the emerging large bank is to be the most modern bank in Hungary, which will introduce flexible, internationally leading digital solutions. The new large bank will serve the full market spectrum and all customer segments in the future, with a significant emphasis on the provision of new, modern range of products and services to retail, micro, small and medium-sized enterprise and agricultural customers.