The merger of Hungarian Bankholding member banks proceeds according to plan

The legal merger of the two member banks of Hungarian Bankholding, Budapest Bank and MKB Bank, will conclude at midnight on 31 March. The merged financial institution will temporarily continue to operate under the name MKB Bank Nyrt. This marks another milestone in the triple bank merger led by Hungarian Bankholding, which aims to create the second largest universal major bank of Hungary, also at the forefront of digitalisation, by integrating Budapest Bank, MKB Bank and – later, by May 2023 – the Takarék Group.

The first benefits of the synergy potential of the merger of the three banks, which the clients of Budapest Bank and MKB Bank may already enjoy. The merged MKB Bank is present in 66 cities, with a total of 143 branches and 184 ATMs, providing clients with more locations for personal banking and the usual high quality of service.

As of 1 April 2022, retail and corporate customers will be able to withdraw cash from ATMs of Takarékbank, in addition to the merged MKB Bank, at nearly 1,100 locations nationwide with their debit cards, for the same fee as the ATM cash withdrawal fee of their own bank.

The former Budapest Bank branches will also be rebranded and will continue to operate partly or entirely with the logo and other branding elements of the successor MKB Bank. From 4 April, 14 former Budapest Bank branches will undergo a major image change. Clients will also be able to find the own data and logo of MKB Bank in all previously familiar communication channels - internet banking, mobile apps, account statements, postal and e-mail. The brand of the new large bank, which will be created from Budapest Bank, MKB Bank and the Takarék Group, which will join next year, is currently being developed and is scheduled to be introduced in 2023.

Despite the intensive transformation process underway in the framework of Hungarian Bankholding and the increasing market turbulence, both Budapest Bank and MKB Bank had a very successful year. MKB Group achieved an adjusted profit after tax of HUF 77.7 billion in 2021, and its total assets grew by 19,1% since 2020, reaching HUF 3.314 billion, with an increase of more than HUF 530 billion.

Budapest Bank achieved a total comprehensive income of HUF 6.2 billion and a consolidated profit before tax of HUF 13.8 billion last year. By the end of December 2021, the bank's total assets had increased by 7% year-on-year to more than HUF 2.530 billion.

„We are entering the next chapter of the merger with a stable ownership base and strong financial foundations to build a market-leading digital bank that will contribute to the growth of the Hungarian economy and compete with international banks and neo-banks.” 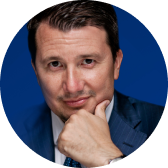 Chairman and CEO of Hungarian Bankholding Ltd. and the merged MKB Bank

Transition weekend for the unification of customer service

In the days following the merger of Budapest Bank and MKB Bank, the merged bank will migrate its IT systems in a planned and scheduled manner. On the weekend of 2 and 3 April 2022, the instant payment system will also be shut down in a scheduled manner, and the merging institution will therefore declare a bank holiday on these days. Electronic channels – internet banking, mobile application, business terminal – will be unavailable. However, physical card purchases at POS terminals and ATM cash withdrawals will not be affected.

On Monday, 4 April, the former Budapest Bank and the current MKB Bank branches will be closed nationwide for a bank holiday. On this day, payment orders will be processed as normal and customers will be able to use their debit cards without any disruption up to the limit of their balances.

Clients can find out more about the changeover period and how to use the services on the websites and social media platforms of Budapest Bank and MKB Bank, as well as through their personal contacts and customer service.

„It was of particular importance to ensure that the merger of the two member banks would cause as little burden and disruption to customers as possible. We have put in place a number of precautions to deal with any problems that may arise over the weekend so that we can respond promptly to any queries from all customers through the usual communication channels of the member banks. The transition will allow us to offer customers a consistent service and product range in the future.” 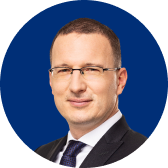 Construction is proceeding on schedule

As of 1 January 2022, MKB-Euroleasing, Budapest Leasing, Takarék Leasing and Car Financing business of Budapest Bank operate under the Euroleasing brand, integrated and under a single management. Through the integration, a nationwide network has been created which makes the physical service of both retail and corporate customers more efficient, and the vehicle, equipment and agricultural machinery financing solutions has become available in the branches of all three member banks.

In February 2022, Hungarian Bankholding selected London-based Thought Machine and its core banking system, Vault, to create and operate a new digital banking platform of Hungarian Bankholding Group, which will form the basis of the new future banking experience developed by the Group. In a joint collaboration with Thought Machine, the Group plans to first introduce products and services that will enable clients to manage their day-to-day finances in one place, conveniently. For the bank, the platform will allow the various products and services to be tailored to the specific needs of customers and to introduce innovations in a simple, fast and cost-effective way.

„The banking group is already a market leader in many areas and our goal is to build a Hungarian-owned bank that transforms the traditional image of financial institutions by being customer-centric. We are committed to working with our team of experts with unique market experience to successfully implement our plans, and this merger is a key step in this process.”

In March 2021, the Board of Directors and the Supervisory Board of the Hungarian Bankholding approved the five-year strategy for the merger of the member banks, based on which the fusion of the three credit institutions is planned to be concluded in 2023. On 15 December 2021, the General Meeting of MKB Bank and the highest authorities of Hungarian Takarék Bankholding Ltd. – which owns Takarék Group – approved the merger schedule regarding the fusion of Budapest Bank, MKB Bank and Hungarian Takarék Bankholding.

The aim of the emerging large bank is to be the most modern bank in Hungary, which will introduce flexible, internationally leading digital solutions. The new large bank will serve the full market spectrum and all customer segments in the future, with a significant emphasis on the provision of new, modern range of products and services to retail, micro, small and medium-sized enterprise and agricultural customers.